Canada is multicultural, not anti-racist. 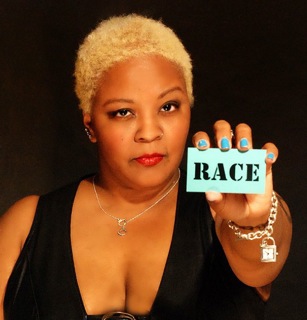 Stage Four is “Identity Change: An Anti-Racist Institution”. As Canada has never thought of itself as an anti-racist country, it remains at Stage 3 of this model.

In Canada, there is the mistaken belief that racism is caused by cultural differences, and that if multiculturalism is embraced, then there would be no racism. However, when Canadians face discrimination when we travel while black, go fishing while East Asian, protest while brown, or seek medical care while indigenous, the problem is not “cultural differences” to be solved with “cultural sensitivity”. This “cultural” problem formulation still insists that people of colour must have done something differently from white people to provoke discrimination. It ignores the possibility that people of colour might do the same things as white people and still be treated differently due to our race.

A clear example of people of colour being discriminated against because of race—not culture—is the fact that children of colour adopted by white (American) parents and raised as white still experience racial discrimination. In the past, white adoptive parents adopted Chinese children and raised them as if they were white biological children, cutting their ties to Chinese culture, under the same false belief that racial discrimination is caused by cultural differences:

Americans have adopted an estimated half-million children from overseas in the last four decades. During the early period of international adoptions, most parents believed their children’s lives would be easier if they shed their native culture, said Adam Pertman, executive director of the Evan B. Donaldson Adoption Institute, a nonprofit that focuses on improving adoption practices.

Parents believed that their children were a “blank slate” that should be filled in exactly the same as biological children, Pertman said. This sort of evenhanded treatment would be a buffer from any possible discrimination — or so parents believed.

Of course, this turned out to be false and harmful. People of colour raised as white people and raised in their white parents’ culture still experienced and experience racial discrimination.

It is not culture—or cultural intolerance—that causes racial discrimination. It is racism. Race and culture are two different things. Multiculturalism is not the same as anti-racism.

Canada’s problem mirrors the problem of white adoptive parents, who are now celebrating “Chinese” culture with their adopted Chinese children, falsely believing that multicultural celebration will protect against racial discrimination:

“They are trying their best,” she said, “but the truth is, no one likes to talk about race or acknowledge race.

45 Responses to “Canada is multicultural, not anti-racist.”

« Auto-exoticism is Asians performing Chinese New Year for a non-Asian classroom.
In Malaysia, computers are unmasculine. »
%d bloggers like this: