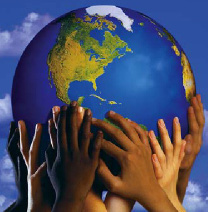 For the overwhelming majority of white people, if racism is completely eliminated, the ideal situation is symbolized by the image of people of all colours holding hands in peace. The worst-case outcome of racism, for most white people, is a “race war”. However, unlike institutional and systemic racism against people of colour, only the “race war” scenario would directly hurt white people. That is, when white ‘antiracists’ focus on preventing racial conflict over correcting racial inequity, they are acting selfishly to protect their racial group.