Women of colour earn 53 cents for every white man’s dollar. 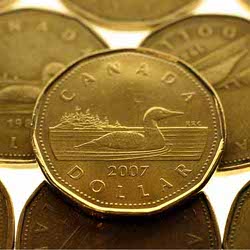 A new report based on 2005 Census data being released [June 3, 2010], shows that visible minorities in Ontario are far more likely to live in poverty, have trouble finding a job and earn less in the workplace.

Sexism and racial discrimination “pack a double wallop,” for visible minority women who earned 53.4 cents for every dollar a white man earned, said economist Sheila Block who wrote the report for the Canadian Centre for Policy Alternatives.

“The Census data reveals that in 2005, at the height of pre-recession economic prosperity, women from racialized backgrounds working in Ontario faced real barriers to success,” she said. “They earned about half as much as non-racialized men.

END_OF_DOCUMENT_TOKEN_TO_BE_REPLACED

A government sting operation targeting hundreds of employers across Britain has uncovered widespread racial discrimination against workers with African and Asian names.

END_OF_DOCUMENT_TOKEN_TO_BE_REPLACED

Canadians with English names have a greater chance of landing a job than those with Chinese, Indian or Pakistani names, says a new study.

In fact, after sending out thousands of resumés, the study found those with an English name like Jill Wilson and John Martin received 40 per cent more interview callbacks than the identical resumés with names like Sana Khan or Lei Li.