Stuff POC do: restrain ourselves 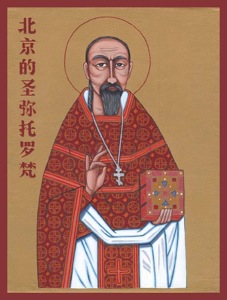 Unsurprisingly, I was accused of “looking for something to pounce on Macon for” by a commenter named “haley” half an hour later. Surprisingly, however, the normally-defensive Macon D took my complaint seriously and tried to think of alternative ways of phrasing the title. In the end, Macon D actually took my suggestion seriously and changed the post’s title to “Stuff White People Do: Laugh at “Engrish”.”*

I’m not entirely sure what happened, but perhaps my uncharacteristic comment, which left me vulnerable to the accusation of oversensitivity, didn’t trigger a defensive reaction on the part of Macon D.

Normally, I almost never criticize racism with “I am offended” or “I take offense”, because when racism is framed as “something that offends people”, then accusations of racism are portrayed as “political correctness” catering to the hypersensitivities of minorities who supposedly always force the majority to accommodate them. Even when I almost never use the terms “offense”, “offended”, or “offensive”, people have told me that I was oversensitive about racism, that I need to grow up, that I cannot always break down and cry every time someone is not sensitive to my feelings.

The people who say these things appear to think that racism occurs rarely, and that when a non-white person complains about allegedly “trivial” instances of racism, it means that she is like a young child who hasn’t yet learned that not everyone in the world is obligated to be nice to her. In reality, however, I have experienced racial microaggressions since childhood, and I am well aware that the world is not a safe space for people of colour with respect to race. I point out racism not because I’m noticing it for the first time, but because I want to bring it to the attention of others who have grown up shielded from the daily realities that people of colour have to endure. I point out racism because I want to point out injustice, not because I am some selfish oversensitive child who wants the world to revolve around me and my feelings.

Instead of “I’m offended!”, I tend to say, “That’s racist!” However, this method has its own problems, because although you are not calling someone a racist, the accused perceives it that way, that you are personally attacking their character. Calling someone racist, they argue, is an ad hominem and therefore not a valid argument. They say that you are characterizing them as a bad person so that anything they say is characterized as illegitimate. They make it all about them instead of about the action being criticized. They claim that they are being silenced if I use the word “racist”, so that I even considered using the terms “racialist” or “racial discrimination” instead to make the criticism more acceptable. Sometimes I did this, until I realized that even if you use a less offensive word, they still became defensive because they could not accept the idea that racism isn’t over, or that they could be racist (adjective, which is a different concept than being a racist, noun). I also realized that I was bending over backwards as to not hurt their feelings, instead of the other way around, the latter being the illusion that they maintain through repetition.

When I point out an instance of racism, I am not shocked by a revelation that life isn’t fair, and I am not “searching for racism”. I see instances of racism all time and I assign them varying degrees of importance. I am a mortal being with a limited time to live my life, and I have to pick my battles. When I point out an instance of racism, I weigh in whether it is worth my time and the probability that the criticism is going to be accepted as valid by the community. I try to phrase my criticism in such a way that deflects accusations of oversensitivity, and focuses on the action (not the accuser or the accused). I factor in how much effect my criticism will have on systemic racism, which is why I think it’s more worthwhile to criticize Stuff White People Do, a popular progressive blog about race, than Storm Front, a right-wing website full of unreformable white nationalists. If I really wanted to look for racism, I’d look there.

When I critically comment on Stuff White People Do, I do so being aware of all the issues and implications mentioned above related to pointing out racism. When I point out racism, I do not do it freely without self-consciousness and self-censorship. Many white people seem to think that white people restrain themselves, and that people of colour are emotional children with undeveloped self-awareness who cry all the time about hurt feelings or yell all the time with unrestrained anger. However, this is a colonial stereotype that is projected on to what people of colour are really saying. If we choose our words one way, we are seen as victimizing ourselves, and when we choose our words another way, we are seen as savage attackers. Both perceptions assume that people of colour’s perception of racism comes from subjectivity instead of the heightened ability to perceive objective racial inequity. When white people are confronted with a view that differs from theirs and they find it upsetting, this emotion is often projected on to the person of colour. If talking about race and racism makes a person angry, then this person often assumes that people who talk about race and racism all time are angry all the time.

When I critically comment on Stuff White People Do, what I choose speak up about is already constrained by general racial-social factors. I also shouldn’t make more than one criticism per post, or else it will “confirm” some people’s accusations that I am just looking for racism on Macon D’s blog. When Macon D moderates comments, rejects some of my comments, and periodically threatens to not post my comments if he finds them inappropriate, this adds another constraint to what I speak up about and how I phrase my criticisms, along with literally filtering the kind of criticisms that appear on his site.

People of colour restrain ourselves too. Often we self restrain because if we don’t, white people will restrain us.

* resistance at Resist Racism points out that the term “Engrish” is still racist, and I concede:

The second title, however, employs a commonly used racist way for white people to mock the way they think Asian people speak. Yeah, I know “Engrish” was in scare quotes. But I still think it’s racist. Poke around the net for any boards talking about Asian issues, and you’ll find some asshole writing a comment in which he/she switches her L’s and R’s. Because it’s so fucking funny, you know? And so original. So that leads me to another thing White People Do: Say Racist Things’ Because They’re ‘Anti-Racist’“!

Read the rest of resistance’s criticism

65 Responses to “Stuff POC do: restrain ourselves”